Facing a Raise on the River: How to Work out your Next Move 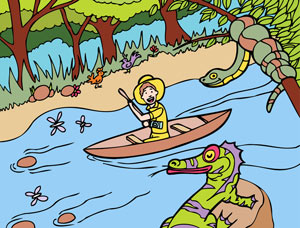 The river marks the last portion of a poker hand and a raise or a re-raise at this point of the game becomes very important.

So how do you know when to make a raise and when to call it?

You have to figure out whether the raise is for value with your opponent being confident of their hand’s strength, or whether it is a bluff.

Working Out If a Raise is Genuine

If a player makes a raise at this stage in the hand then it indicates one of two things:

Since the River comes at the end of the hand, you will already have built up a picture about the kind of hands that your opponents may be holding. Now at this stage you need to decide which one of the above their raise is representing.

You need to be decisive and in doing so you need to consider objectively all prior moves made during the hand by both your opponents and yourself in order to determine whether a raise made is a bluff or whether it’s genuine and if the raise you are facing is backed by a strong hand.

Think about what hands can beat you, and then match those hands to your opponents prior actions and see if that hand makes sense. For example if an opponent has been the leading bet maker throughout the hand, then it may well match up with a stronger starting hand, or a hand that made good on the flop, but not a hand that would have only just completed with the river card.

This is an area where many players make mistakes, as they fail to effectively calculate what hands could be beating them, and then secondly assessing whether those hands match up to the actions and “story” that your opponent has told you. Such expertise in decision making in these situations comes with experience and learning from past mistakes.

How to Work out an Opponents “Range”

In the poker world, the process of working out a set of possible hands an opponent may be holding is called working out their “range”, ie: the range of hands you think they may be playing with.

This is possibly one of the hardest skills to learn in Poker, as there is so much subjectivity, but those poker professionals on the TV that correctly guess what hands opponents have are not just lucky all the time, they have used logic and experience to build up that picture and arrive at the correct decision.

Your starting point is always past information, of what hands you have seen this player playing in previous hands and the actions they took with that hand. Are they likely to be playing with the same or similar hand in this hand?

You then should be looking at the community cards on show on the table, and working out the combinations that are possible. Is there a full house possible (a pair on the board) or a straight (closely connected cards) or a flush (3 cards of the same suit).

Finally, you need to asses the player themselves. Do you consider them to be a strong or weak player. If you are in a rather weak game and you are not up against particularly skilful poker players, then the range of hands your opponent may be making River raises with may be a lot bigger and a lot weaker than you might expect from a stronger player. A stronger player on the other hand, may have more tricks up his sleeve and may be bluffing.

Once you have considered your opponent’s range, then you then need to decide what your next move is. Obviously this depends on the strength of your hand also and how confident you are that you have worked out your opponents hand.

Your possible options are:

If you are confident that you have worked out your opponent is holding a strong hand which beats yours and that he will not be moved off the hand then your only option is to fold.

If you are not confident as to the strength of your opponents hand, you think you might have him beat, but are just not sure, then a simple call here will end the betting and limit any losses if you are in a losing position.

There are two situations to consider a re-raise:

Of course  there are other considerations. If the hand is not heads up by the river, then not only do you have more opponents to assess, but also you may have another player acting after you in which case a call may not end the betting and you may face another re-raise.

If a player makes a raise and then another makes a call then unless you have something strong in your hand, then you have few options but to fold due to the strength first shown by the raise and then by the call of the other opponent.

Sometimes it is just safer and easier to just get away from the hand and cutting your losses, but you can’t just always think like that as you could be just handing the pot away when you are in a leading position. Your only goal as a poker player is to be folding hands you are going to lose, winning pots that you shouldn’t be winning by good play, and making sure that each pot you win with the best hand you have extracted the most value possible.

The overall thought process on the river should always be the same.

Take this into account when facing a raise on the river and you should reach a logical conclusion.