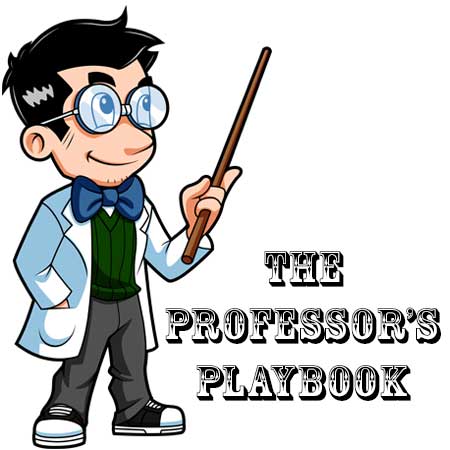 The Free Card Play: How to get your Opponents to give you a Free Card

This is a great move that you can add to your poker game and you should find a number of situations where you can put this play to good use.

The Aim of the Play

The idea of this play is to try and give yourself cheap cards so that you can attempt to draw to a big hand where you expect to be well paid off if you do hit your draw.

As you will know from the pot odds section in our How to Win at Poker Course you should only play a drawing hand when you have the odds to do so. However the problem you face is if someone has led out with a bet after the flop then the chances are that they will bet out again on the turn and if you have missed your card on the turn you will have a difficult decision again on whether to call to see the river.

The Free Card play is very simple and is a good option to use in many situations. In order to use it you must be the last person to act (in late position) and it does work better against more passive players rather than aggressive players.

How to Execute the Play

The way the play works is that when you have a good drawing hand and someone has bet into you after the flop then you would put in a small raise.

Now the chances are that because it’s only a small raise then it will get called but there is a chance that you might take the pot down there and then even though this isn’t the main goal of the move, if you do then that’s fine, and some chips to add into your stack.

What the move will hopefully do is slow your opponents down after the turn card and because they are out of position and worried about the strength you have shown by your small raise they will probably check into you in order to see what you are going to do.

When they do this then you have the opportunity to check as well hence giving you a free card on the river.

I can hear you saying “But I’ve had to raise to get a free card so it’s not really a free card”  – and you are correct but what we have achieved by this play is to get a cheap look at the river and give us the biggest possibility of hitting our draw. If we just flat call the bet after the flop then our opponent may have put in a much larger bet on the turn than our raise was and forced us to fold.

A secondary benefit is that we are also adding value to the pot, so that if we do hit our big hand then there is a good sized pot to win.

There is a really clever aspect to this play as well, and it will have your opponent totally confused. Lets say you miss you draw on the turn and having done this play have checked to see a free card on the river – now your opponent may read weakness in your check and think that you were trying to steal with a bad raise after the flop, and in which case he is likely to bet into you again after the river.

Of course if you have hit your draw then this is great news as your opponent has put more money into the pot and you now have the chance to raise him again. This is why it can sometimes be a good play to still check on the turn even if you hit your draw.

An Example of the Free Card Play.

You are on the Dealer button and have been dealt J

; a player in mid position limps in to the pot, you decide to limp , the small blind limps and the big blind checks. So before the flop we have 4 times the Big Blind in the pot.

and the small blind who is first to act bets 2 times the big blind. The Big Blind folds and the player in mid position calls the action is on you.

So there is now 8 times the BB in the pot and you have to call 2 times BB to stay in. You are being offered 4-1 pot odds which is plenty to play your flush draw with, however you decide that both of these players left in the pot aren’t overly aggressive and that this is a good spot to try the Free Card Play to try and ensure you don’t get forced out after the turn with a big bet, giving you two cards and maximising your chances of hitting your flush. 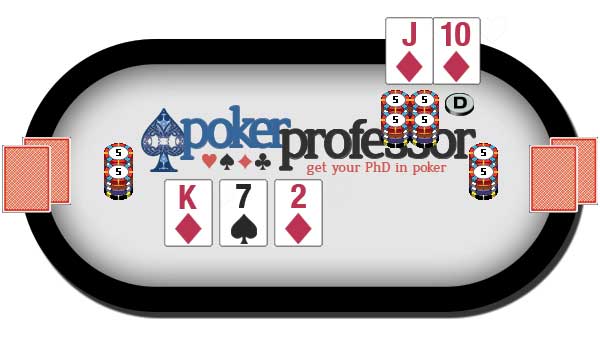 The chances here are that at least one of your opponents has hit top pair and is holding a pair of kings – so you will probably need to hit your flush to win the pot.

So you make a small raise to 4 times the BB and both players call the raise making a total of 16 times BB in the pot – as you can see there is now plenty of value in the pot if you hit your flush.

The Turn card is Q

and as expected both players who are now concerned about your raise on the flop both check to see what you are going to do. Great News! Not only has your play worked but you have also added an open ended straight draw to your outs and so you now not only have the 9 outs to hit your diamond flush but also a further 6 outs (any Ace and any 9 excluding diamonds already counted in flush outs) to hit your open ended straight draw.

You check and the River card is 4

. Boom! You’ve hit your flush with your free card.

Not only that but the player in the small blind (who we suspect has top pair with a pair of Kings) has seen you check on the turn and is not really sure what you have – but your check is showing some weakness and he is now willing to bet again with his top pair so he makes a bet of half the pot which is 8 times the BB.

The Mid Position player folds, and you make another raise to 16 times the BB and the small blind calls – making a total pot of 48 times the BB.

He turns over his top pair of Kings and you take the pot with your flush! A flush you should never of been allowed to draw to, but your move has manipulated the way your opponents have acted and you have been able to draw to your flush very cheaply and take down a valuable pot. 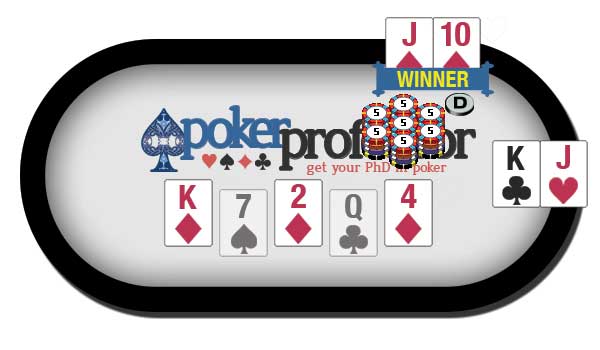 Finally… A Word of Caution

One last word of caution – be careful on how often you use this play as your opponents will soon catch on to your strategy and will eventually stop letting you take free cards.

If you face a bet after the Turn then you have either made this play against a player who is aggressive or your opponent has a strong hand and is experienced enough to still protect his hand after the turn. In this situation this comes down to a simple pot odds calculation to see if you still have the odds to try and carry on into the river with your draw.