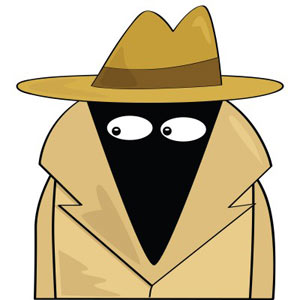 Laymen usually think that bluffing is a vital part of the game of poker, but only the real poker players know that it isn’t really as common as that or as much used as it is believed.

It’s true that bluffing adds spice to the game, and adds an element of fun; it would be dull indeed and a different game altogether if no-one ever bluffed. Everyone would know how you play your hand and you would never win a decent amount.

All good players are always skilled in the fine art of bluffing.

The Fine Art of Bluffing

A player bluffs when he is otherwise unlikely to win a particular hand, or when he wants to force other people off the hand. A skilful player figures out the profitability of a bluff by weighing up the odds of a winning bluff against risk resulting from the sizes of the bet that he has to commit into the pot. His chances improve if he can more accurately predict whether or not his opponents will give up, believing his bluff.

Some important points you should bear in mind before making a bluff are:

Let us consider these points in more detail:

If your opponents are weak and will call anything blindly, avoid bluffing. Your rival needs to have the sense to fold! And if you are playing against more than three players; your bluff is less likely to work.

Your table image is relevant too. If you have been bluffing unsuccessfully, and your opponents have seen your previous bluffs, then any further attempt at bluffing is more likely to be called.

The reverse psychology here also works though – if you have a tight table image, and your opponents haven’t seen you try to bluff, then you will get a lot more respect for your bets and will be able to introduce a number of bluffs to table and have a better chance of getting away with them.

If you’re a skilful, experienced player, you’ll know when and how to bluff – not an easy thing to learn. Try to bluff when there aren’t many draws or chances of your opponents improving their hand. Uncoordinated boards where there is a single scare card that you may represent have a good likelihood of helping you carry off a successful bluff.

Be wary of big pots – your fellow players will be more likely to call your bluff in these cases – even though you will win more in such pots. Judge well!

A player in late position will have more information about his rivals’ hands as they are acting after everybody else and thus be able to better judge whether the situation offers an opportunity to bluff.

There are other techniques you can use while bluffing. Sometimes you can use a half-way bluff or sometimes known as a semi-bluff, when your hand still has possibilities or outs to win the hand, but you also give yourself a second chance to take the hand down there and then with a bluff. This is also a good way to mix up your play as it will confuse the others about your bluffing behaviour, too.

Never try to out-bluff a bluffer and don’t try to fool a whole lot of people at once. Remember as the old adage says, “it is impossible to fool all the people all the time”. Learn how others play, and use it to your advantage to pick your spots.

Think carefully about all these points before making a decision about bluffing and you will find yourself picking better spots and enjoying more success with your bluffs.