Internet Poker: The Story of a multi-billion dollar Industry

Internet Poker seems to have been around for as long as people can remember and has endured many ups and downs during it’s short life. It is, in fact, probably one of the main reasons for the growth in popularity of poker over the past ten years or so with the easy access to a game of poker at any time over the internet. The truth is however that the internet poker industry really is still in it’s infancy.

So lets take a look at the history of Internet Poker and the many twists and turns in the tale of what is now a massive industry which plays a part in so many of our lives. 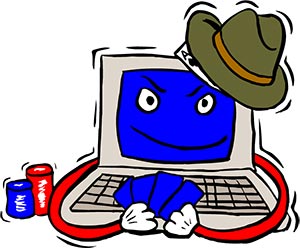 The Start of Internet Poker

Internet gambling dates back to the mid 1990’s when the first form of online gambling came from the internet sports books and casinos. It wasn’t until 1998 that the first internet poker site came online which was the historic Planet Poker.

There is in fact an earlier form of internet poker that existed which pre-dates this and it was done via IRC (Internet Relay Chat) however this really was just for the very tech savy and playing poker for real money over IRC really was done on a trust basis as there was no sophisticated way of transferring money automatically between players.

Planet Poker wasn’t the only internet poker site for long as it was quickly joined by others during 1999 such as the original poker.com (which was called PokerClub at the time) and a more recognizable name in Paradise Poker. 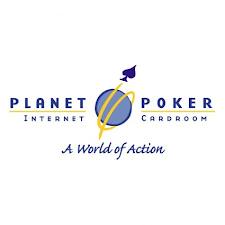 The Demise of Planet Poker

During 1999 Planet Poker suffered from a security issue where there was an incident in which their shuffling algorithm was cracked and somebody was able to play whilst being able to predict exactly which cards would come out of the deck.

This cost Planet Poker severely as the players lost trust in them and most of them migrated over to Paradise Poker. This was a huge wake up call to the internet poker industry and from this point on security became a number one priority for internet poker operators. 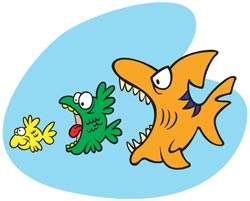 It was around this time that others started to sniff out the internet poker industry which was fast becoming a cash cow for online operators. During the period between 1999 and 2001 more and more operators launched internet poker rooms with True Poker, Ultimate Bet, Americas Cardroom, Party Poker, Poker Room, Pokerstars all appearing during this period.

With so much competition now in the market the fight was on to build player bases and get a grip on the market. Paradise Poker continued to hold it’s position at the top of the market but with aggressive advertising and big promotions being offered to players other rooms like Party Poker, Ultimate Bet and Pokerstars were slowly building their market share. 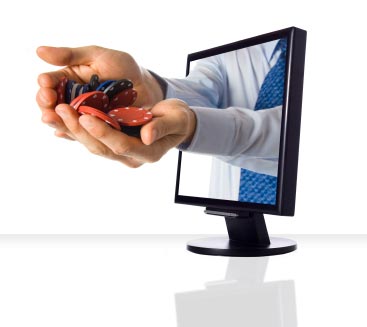 The hustle for market position continued for a few years and then the internet poker revolution happens in 2002. There was two things that really sparked this off.

This changed everything, with the high profile of the WSOP Main Event and with it being shown on TV around the world, suddenly the interest in Poker exploded, and the profile of Internet Poker became massive. All these new poker players hit the scene and wanted to emulate what Chris Moneymaker had done. The signups to Internet Poker sites went through the roof and the leading poker operators became billion dollar businesses very quickly.

Over the coming years many sites jostled for position in the internet poker market but it was Party Poker that established itself as the leading poker room, with many millions of players and the biggest weekly tournaments available. 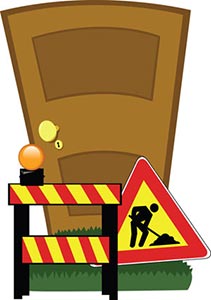 The industry enjoyed two or three years of uninterrupted growth and it wasn’t until 2006 that it really faced the first of a few legal hurdles. This really centered about the USA (ironically the birthplace of most poker games) who tried to put a stop to internet poker. This was despite millions of it’s citizens playing poker both live and over the internet. Despite this only being one country it has a serious impact on the landscape of the industry.

The USA really have had two stabs at the prevention of internet poker as follows: 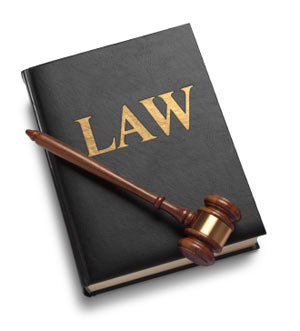 In 2006, a couple of senators sneakily attached an appendix to a bill that was designed to improve security at American Ports. This appendix was called the Unlawful Internet Gambling Enforcement Act (UIGEA) and was totally unrelated. However it was so insignificant and with high public scrutiny on Homeland Security at the time the bill was passed and brought into law.

The UIEGA was designed to stop the high amount of US money that was exiting the USA and going to offshore gambling companies where they were unable to get any tax revenue from. It was basically designed so that financial institutions were unable to process transactions with these companies.

There was uncertainty whether this meant that Internet Poker was illegal or not and the companies went one of two ways: 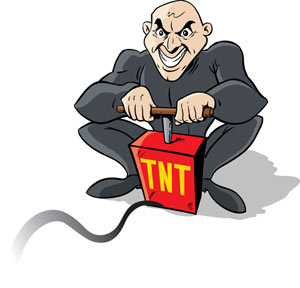 Friday the 15th of April is a date that will remain in any poker players mind. This is the date that the US Department of Justice took their next stab at getting a piece of the booming Internet Poker pie. They served indictments against the main poker rooms that were still accepting US poker players and their founders and key employees. This included the top 3 poker rooms at the time, Pokerstars, Full Tilt Poker and Absolute Poker.

As the full impact of this was still being understood it further came to light that the US DOJ had been intercepting money that was being transfered between US players and these poker rooms.

Pokerstars quickly negotiated with the US DOJ and reached a settlement whereby it would withdraw from the US market and pay a fine of many hundreds of millions of dollars in order to get it’s players repaid.

For the other two, it was not so simple. Absolute Poker who previously had suffered with other scandals such as online cheating, just went out of business, this was the final nail in the coffin for them.

Full Tilt Poker was left with huge deficits of player balances which meant that it was effectively bankrupt with no way to repay not only US players but players from all around the world. The only solution for them was to find a buyer who could invest the necessary funds to get the players repaid.

After over a year of trying to find a buyer eventually a solution turned up. Pokerstars, who had already earned themselves great kudos in the poker world by getting their players repaid quickly after Black Friday approached Full Tilt Poker and the US DOJ with a buy out proposal. The deal in the end involved Full Tilt owners giving up their rights to the assets of the company to the DOJ, hence settling their “fine” and then Pokerstars purchasing those assets from the US DOJ again for many hundreds of millions of dollars.

The result of all of this is the US government got their slice of the pie to the tune of nearly $1billion and Pokerstars took over the running of rival operator Full Tilt Poker. The good news is that all poker players got repaid thanks to the work of Pokerstars. 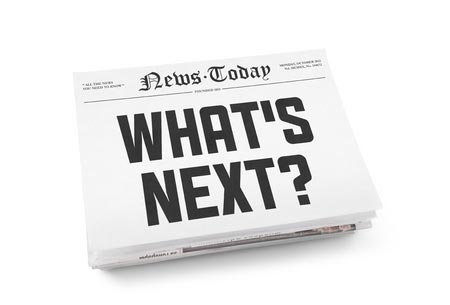 Since Black Friday, the US have now decided that Internet Poker isn’t illegal and it seems that they are preparing to legalise and regulate (and therefore tax!) online poker on a state by state basis. There are a few states that have already gone live and issued licenses to companies to offer internet poker to US residents, and it is expected that over the next few years all the states will follow suit. Financially it makes a lot of sense.

And as they say the rest is history, nowadays it is hard to find anybody who hasn’t played poker online, or at least heard about it. More and more poker sites launch and the poker rooms continued to jostle for their market position with some surviving and some not.

The site that started it all off, Planet Poker is not longer trading and Paradise Poker and Party Poker who were two of the dominating forces in online poker have taken severe hits since deciding not to accept US players any longer after the UIEGA law changes in America in 2006.

Nowadays Party Poker and 888 Poker continue to be strong brands and are leading the way in terms of the US regulated states but have been overtaken by Pokerstars at the top of the market.

Who knows what the next stage of the internet poker history story will bring, as we wait to find out how the law changes in America will turn out, and how the roll out of US legalisation occurs and the possible introduction of the big US land based gaming operators such as Harrahs and MGM to enter the internet poker market.