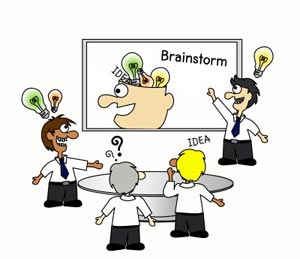 In Unit 3 we looked at the types of bets that you should have in your arsenal of weapons to use against your opponents. In this lesson we are going to add three more advanced betting strategies to make your strategy even stronger.

Blind stealing is a strategy used by a player in late position to steal the chips in the blinds. This is done by making a raise to put pressure on the blinds to fold. To use this strategy everyone else must have folded their hands before you.

The theory behind this move is that as the blinds are forced to put chips into the pot via the big and small blind, the likelihood is that they are holding weak cards that they don’t really want to play, and hence they would not be prepared to commit any more chips to the pot.

The strength of your hand doesn’t matter too much, but a half decent hand is a benefit for this move, just in case you get called.

Blind stealing can be risky, but is important when you start to play on the higher stakes tables, and in tournament play. It works best against Tight players who are more likely to fold against your bet. Against a loose player you should limit the use of this strategy to when you have a strong hand.

Every time the dealer button passes around the table and we don’t win a pot it costs us a minimum of 1x big blind and 1x small blind. If we steal the blinds once per round then that covers that cost and allows us to wait for better hands to play the more significant pots. I’m not saying that you should steal the blind every round, as that would become obvious very quickly, but just using it as an illustration.

This is a good tactic to use in the situation where a short stack has gone all in and you are considering playing, but there are still other players involved in the pot who could also call.

An Isolation Raise is made to encourage opponents to fold and leave us playing versus just one opponent, usually a short stack who is all in.

Now when we play a big pot / big hand we always want to limit the field to protect our hand, so we want the other players to fold and only play against the short stack. By playing against less opponents, the odds of us winning the hand increases significantly.

So the option we have here is to Re-raise to put pressure on the other players not to play and hence isolate the short stack. Remember if no one else calls your raise, then you have only committed the original short stacks raise into the pot.

Everyone folds round to you in the dealer button and you put in a standard raise of 3x the big blind. The small blind calls and then the big blind, who is the short stack, goes all in. The action is back on you, and you don’t know whether or not the small blind is getting ready to call the small stacks all in raise.

If you were just to call, then the small blind would be getting good pot odds to also call assuming he has a decent hand (and he has already called one raise) so we need to put pressure on him to fold by reducing those pot odds.

So by raising we lengthen the pot odds as he is going to have to put more money into the pot to call, and hopefully pressurise him to fold leaving us to fight the hand out with the short stack.

This is certainly a very useful tactic in Tournament play, but it can also be used in Cash Ring games also.

Throughout the course we have talked about the importance of varying your betting patterns to ensure that opponents don’t get a read on you.

Because of this you can’t afford to simply employ the strategy of betting your good hands and checking your weaker hands. We need to mix it up a little. A good way to do this is by a bet known as the semi bluff which is made after the flop or turn card.

A Semi Bluff is a bet made with a hand that isn’t likely to be the best hand at the moment, but has the chance to make the best hand on the turn or river.

A Semi bluff increases our chances of winning the pot as it gives us two ways to win :

This is in addition to the benefit of adding variety to our betting pattern. It forces our opponent to make a decision and as always we are hopeful they will make an incorrect decision.

and the flop has come down A

Here we are holding 2nd pair and a high flush draw.

We suspect our opponent is holding an ace, so we don’t think we have the best hand right now, but we have a number of outs.

That’s a total of 14 outs, which gives about a 32% chance of making the best hand on the river.

The size of a semi-bluff should be around the same amount of a value bet so about ½ the size of the pot.

When considering a semi bluff you should consider the following factors:

Use these practise sessions to continue to practise your new strategy. If the situation is right then try and steal the blinds when you are in late position. Also try and spot a suitable situation for a Semi Bluff or maybe even an isolation raise. Use them sparingly at first though until you are more used to using them and the impact they have on the information flow to your opponents.