During this unit we are going to look at the actions and thought process that you need to apply after the flop to establish an effective poker flop strategy.

This is a detailed unit, because acting after the flop involves some complex situations and decisions. Take your time working through each lesson, and make sure that you get the practical experience of trying out what you learn when we send you off to the tables.

Post Flop Strategy: It all starts with Flop Analysis 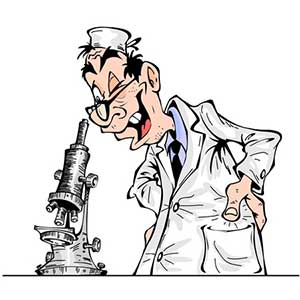 Betting after the flop is a complicated activity. There are so many different scenarios that you have to be able to adapt your decisions according to the situation you are in.

Although it is not possible to give you a black and white action for every scenario, we can lay out some guidelines and examples to help you make decisions after the flop.

The start of the decision process is always to look at what has just been dealt on the flop and consider how it has affected the hand, both for yourself and for your opponents. At this stage, both you and your opponents have now seen 5 out of the 7 cards that go towards making your final hands.

Carefully analyse the 3 community cards that are on the table, and the kind of questions you should be thinking about are as follows:

1. How does the flop help my hand?

We’ve discussed previously about what we are looking for on the flop with each of the different categories of starting hands, has the Flop come up with what we want?

2. Has the Flop helped my Opponent?

We’re also trying to put our opponents on a type of hand by watching their actions and betting patterns, so ask yourself if it is likely that the flop has helped our opponent based on what hands or range of hands we think they might hold?

3. What Draws are on the Flop?

It’s important to recognise the potential draws that are on the board and consider how dangerous a flop it was:

4. Is there a board pair on the flop

Be very wary of a flop which pairs the board, e.g. A

, this kind of flop opens up a lot of possibilities of strong hands such as three of a kind, or a full house or even four of a kind on rare occasions.

Often other players are also just as wary of this kind of flop, so the first person to bet into a pot like this, quite often forces everyone to fold and takes the pot, so by all means have an attempt to take the pot, but if you are raised or your opponents indicates any kind of strength get out of there, unless you have a hand that can compete!

So after considering all of the above, you should be in a better position to understand what is going on and your position in the hand. Are you likely to be in the lead after the flop with the best hand? Are your opponents drawing to a better hand that you need to protect against? Maybe your hand is very weak compared to hands you think your opponent may hold and it is best to give up on this hand and save any further loss.

If you decide that you are in the lead after the flop, then you should make your opponents pay to see more cards, don’t give them free cards for them to hit a hand which could overtake you.