You have now covered the 5 different stages of a Sit and Go poker tournament and now know what kind of strategy you need to adopt in each of those stages. That gives you a great foundation for your sit and go strategy and in this unit we are going to add to that by learning about some more advanced situations and strategies.

Once you have completed this unit then you will be armed with a powerful SNG strategy and at the end of this unit we will be putting that into practice and letting you loose on the tables as you begin your Sit and Go $1,000 Challenge. 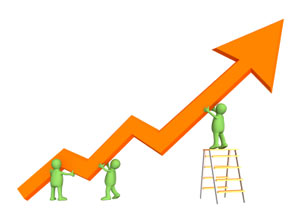 These can be difficult situations. In the later levels, a big pair just means you try to get all in preflop, but in the early levels, with as many as 75 big blinds in your stack, it’s a different story. In a cash game, you would be more likely to just push all in on the river, because you can easily reload.

It’s the first level of the SNG, effective stacks are still 1,500, and the blinds are 10/20. An early player limps, it’s folded to you in middle position, you have K

, again no heart. It’s checked to you.

This is a tough situation for beginning players to grasp. Sometimes it’s best not to value bet, and this is one such situation.

When you are in position, making a bet that will only get called if you are beat is a losing play in most cases. It is true that there is a chance your bet will push out a hand that is better than yours, but that’s not likely to happen against average poker players who are playing their own hand strength and nothing more. It’s also true that you might get a call from a hand that is not quite as good as yours like A-J, Q-J, Q-Q, or even T-T, but most hands that call you will have you beat.

The right answer is to check behind and see the showdown. If your opponent was on a straight and/or flush draw, they missed, and there’s no point in betting, as they will be folding. If your opponent slow played two pairs or a set, you walked right into their trap, but you’ve avoided going bust.

You didn’t do anything wrong preflop, on the flop, or on the turn on this hand. If you’re beat, so be it, it’s poker, move on. If you lose this hand, you still have over 1,000 chips left and plenty of time to rebuild.

Deciding when to make a Value Bet

When considering a value bet in the early stages of a Sit and Go then consider these two rules:

Follow those two rules and you will find it a lot easier to avoid nasty situations in the early stages that could end your time in the tournament.