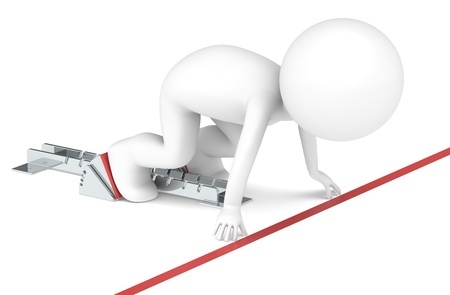 The Early Stage of a Sit and Go Tournament is where you’re playing on a full table, with the blinds still relatively small compared to your total stack size. This stage will usually continue until 2 or 3 players (on a single table SNG) are eliminated and the blinds start to rise.

The Approach to the Early Stage

The approach to early SNG play is to be tight, never risking your entire stack early on without a premium hand. In this case, a premium hand preflop would mean a big pocket pair or an ace with another big card.

Although tight play is right when stacks are on the line, it is usually correct to see flops with more marginal hands in certain situations. If there is a small raise from an early position player, one caller, and you are in late position with a middle pair or suited connectors, it can be profitable to see a flop. Although the early raise usually means a big hand, you have the implied odds to see a flop – if you miss your hand, you will quietly fold, but if you hit your hand, you will probably be paid off in a big way.

Say you pick up 5

in late position. An early player raises to 70 (big blind 20). A middle player calls, you call, and the big blind calls. The flop comes A

. You’re done. When the early player bets the flop, fold. He could be on a complete bluff with a pair of fours, but it does not matter. This is not a deep-stacked cash game where you can make fancy plays. Early in tournaments, it’s usually “go big or go away.” You might be ahead here, but you’re not going to pay to find out.

Now, if that flop was A

, you flopped a set, a huge hand in this situation. Now you can call his bet, intending to get a raise in on the turn. Raising from early position, there is a good likelihood that he has an ace, hopefully with a big kicker, and will pay you off in a big way.

If you play a connector like 9-8 suited, you are preferably looking for a straight draw plus flush draw, two pairs, trips, or a pair and a flush draw. If you see a flop like A-9-8, and he has A-K, you can get the money in and he will only have three outs against you (yes he could have A-A and you’re almost drawing dead, but that’s fearing monsters). If you get a flop of A-9-2 with two of your suit, you have nine flush outs plus five outs to get two pairs or trip nines, enough to beat someone with an ace. A straight draw plus flush draw has fifteen outs, and is a favourite against top pair or even a set.

Usually, it is possible to win at least one good-sized pot at this stage of the tournament if you wait for your spot. Fancy plays really have little place this early on, and big all in moves with “air” are pointless – if you do get called, they will have a hand and you will be out.

If you do find yourself missing more than the normal amount of flops with the speculative hands, don’t despair. This may not be your tournament (remember short term luck). If you get down to around half of your original starting stack, you are going to have to make a big move at some point soon.

Your prime objective for the early stage of a Sit and Go is to survive through to the Middle Stage with 2,000+ chips in your stack.