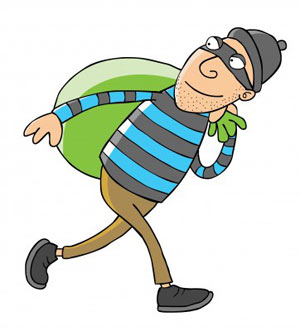 The blind steal is a crucial move to master to be a successful SNG player. Understanding the mechanics of the blind steal makes it easier. The typical middle stage of a single table sit and go tournament is the time when there are five to seven players remaining, and the blinds are roughly one eighth of the average stack, and it is a ripe time for stealing blinds.

First of all you need to be aware of the table dynamics, before you just start to try and steal peoples blinds. How did you get to this point in the tournament, and what are your opponents playing like?

Were the players loose and aggressive with lots of big swings in stack size? In that case, playing a slightly more cautious game and waiting for a big chance might be best. This table is loosened up, and a steal play with weak cards is more likely to get called or re-raised. Don’t let your stack get below about 7 or 8 big blinds, though, or you will be too weak to play later on. If the table was crazy early, and you’re down to four or five players at this point, you might happily accept a third place in this one and move on.

If the table was very passive in the early stages, you might see as many as eight players still in at this stage, with most stacks about the same size. Once the blinds increase enough where the blinds are between one eighth to one tenth of the average stack, steal moves become necessary, and at this tight table, might be very easy as well.

The farther away from the button you are, the better of a hand you want to make a play at the blinds. With blinds at 100/200 and your stack near average at 2,500, if you raise to 600, and get re-raised all in, you will be getting 2-1 odds to call an all in move, which are very tempting. It would be nice to have some sort of decent hand to take a chance with. Raising and then folding preflop from middle position is bad poker. Raise with a hand you’d be comfortable taking 2-1 odds all in with.

As you get closer to the button, your hand requirements for raising preflop go way down. With average ABC players sitting behind you, they will be folding to your aggression. They don’t care whether or not you have a hand, they just know that they don’t.

If you raise any two cards from the button, you have real advantages. Here is a look at the math:

So from the maths, we can see that blind steals in late position is a positive play, in fact only about 18% of the time are we going to run into troubles (36% x 50%) and have to consider folding, the other times we will likely take the pot down before or on the flop.

The blind steal is a great way to dominate the middle stages of an SNG tournament. Master it, and find yourself deep in the money more often.