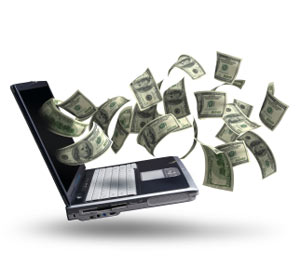 Sit and Go Tournaments: In the Money Strategy

Congratulations – you have achieved your first objective and made it into the money. You have already made a profit from this Sit and Go and your bankroll is looking all the more better for it. However there is still work to do and it is now time to move onto our second objective which is to win the Sit and Go Tournament and pick up the maximum prize.

A look at the prize structure of SNG tournaments gives an indication of the best strategy for the final section of the sit and go. In a typical single table tournament, you will be down to the final three players and the typical pay outs will be as follows:

Since each of the final three players has already won at least 20% then 60% of the total prize pool has already been awarded, and you only gain an additional 10% for squeaking into second. In this situation you should be prepared to take a risk on that 10% in order to put yourself in a position to win the tournament and take an extra 30% and so your general approach at this point should be to play to win.

You should almost always play very aggressively when three handed. The exception seems to be if the other two opponents seem determined to knock heads with each other. Then playing a (slight) waiting game might pay off.

In the Money Strategy: How do we Win this thing?

So, we have established that we are playing to win, we’re not bothered about second place as we will gain very little extra prize money for that. You are definitely not in survival mode and are now looking to put yourself in a position to win the tournament.

The speed of the play and the blinds will determine where your stack is in relation to the blinds. In a single table tournament with 13,500 chips in play (1500 X 9 seats), the average stack here is 4,500.

Usually the blinds will be around 150/300 in a regular speed tournament or 300/600 in a turbo tournament, with the average stack at less than fifteen big blinds (eight in a turbo), there may be a little play left but not much and the remainder of the SNG will pretty much be all in festivals.

When the blinds reach a level where the average stack is less than 10 big blinds then with stacks this short, almost every hand you enter should be all in preflop.

Playing as the Big Stack

Playing as the big stack is no different now than how it was just before the bubble. You should continue to play very aggressively with the same Big Stack Strategy detailed here.

Your prime objective as the Big Stack is to eliminate the other players and go into heads up play as the chip leader.

Playing as the Middle Stack

Now that you are through the bubble, if you are the middle stack then your strategy completely changes. Before the bubble you allowed the big stack to be the aggressor if he wanted to be and you just took over when he wasn’t involved in a hand.

Now, that changes and you must fight the big stack to be the aggressor at the table. The chances are he will be less willing to get involved in a pot for all your stack than he would be with the short stack and you must pick your moments to be aggressive against him.

Remember you are no longer in survival mode, we are willing to risk getting knocked out in third here (even if a short stack survives ahead of you) in exchange for trying to put ourselves in a position to win first place.

Your prime objective as the Middle Stack is to fight to be the aggressor on the table even if that means clashing with the Big Stack.

Playing as the Short Stack

However you got to this point, playing as the short stack when three handed is difficult. All hands you play should be all in preflop, since your stack is highly unlikely to be more than five big blinds.

Going all in gives you the most fold equity (essentially, giving yourself two ways to win the pot by either scaring the other players out of the pot or if you are called then you can still win the hand) and the best chance to pick up the blinds and antes, which will be significant to your stack. The other players are going to be looking to knock you out at all costs, and will make relatively thin calls when you go all in because of the enormous pot odds.

One position you should be a little more careful on is the button. The positional advantage of the button is all but gone, since most hands will be all in preflop, and the button actually acts first preflop when three handed. When you are on the button, the other players will be even more likely to call your bet, since their amount to call is reduced by their blind contribution to the pot.

You should try to maintain a stack of at least five big blinds, to allow yourself to pick up the blinds at least once per round and stay alive, but your main concern should be doubling up. For that reason, slow playing monster starting hands (and in this case, any pair 88+ or any Ace Ten+ should be considered a monster) is bad advice. Stick to all in bets with any hand you are willing to play, even monsters. You will disguise your hand and be more likely to get a call (you should be happy to get in a coin flip here to double up).

Your prime objective as the Short Stack is to pick a spot to move all in giving you fold equity with you looking to pick up the blinds or double up.

When all three players have about the same amount of chips, the one who is most aggressive usually comes out on top. The other players will feel fairly comfortable about their situation, and will be willing to let their blinds go, for a round or two anyway.

If you find yourself in a situation where you are not able to be aggressive because another player is beating you to it, it is acceptable to let your blinds go for one or two rounds, but you then must revert to short stack strategy.

If one player is showing extreme aggression, don’t be afraid to reraise him all in with a marginal hand if you have enough chips to triple his bet. Even a hand like J-9 suited is only a 54-46 underdog to A-8 offsuit, and you might just get him to fold if he thinks you’re tight enough.

Your prime objective with three equal stacks is to be the aggressor at the table.